Reframing the Food Groups for Better Health and Nutrition 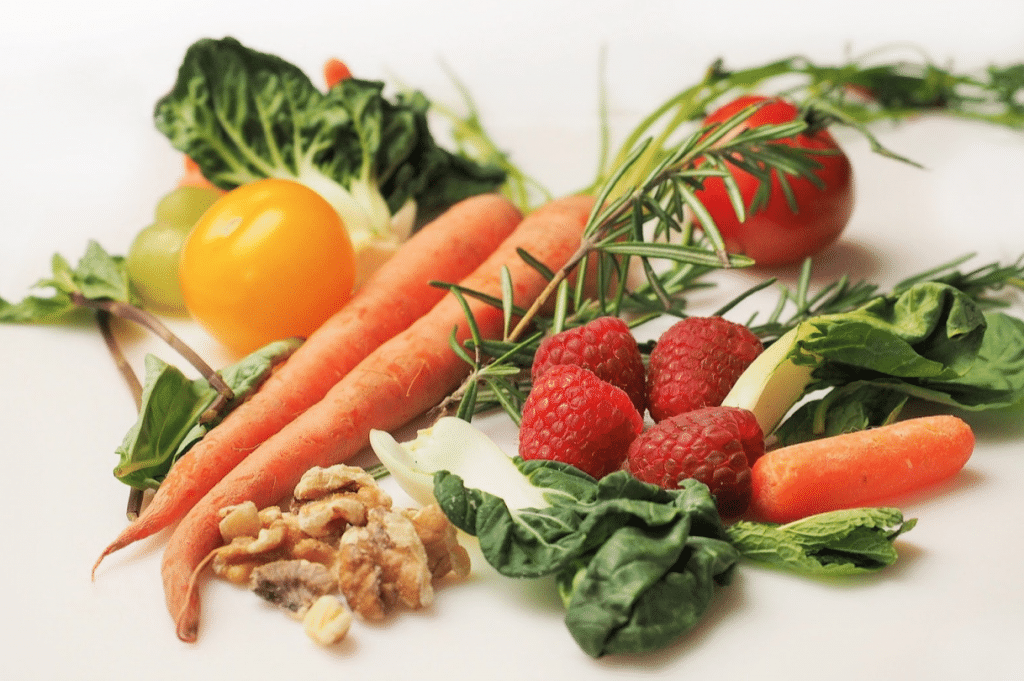 Think back to the first time you learned about food groups… Were they broken down into some sort of graphic or chart? What shape did it take? Were you a child in an elementary school classroom, or did you learn about eating whole foods in high school or college? Maybe, at a young age, you saw an educational children’s show that extolled the virtues of eating your fruits and vegetables?

Until we stop to consider when we started learning about nutrition and the basics of a healthy diet, it can be difficult to pinpoint where our ideas about a balanced diet come from. In a fast-paced, online world, messages about dieting and nutrition come at us from everywhere – from friends and parents, to diet commercials, supplement ads and magazine covers.

Wherever your ideas about whole foods come from–and whether your concept of the food groups is shaped like a circle or a triangle!–it is important to reconsider your idea of what’s healthy. Let’s take a step back and look at the big picture of what the food groups are, where they come from, and what a balanced diet actually looks like.

Why the food groups are broken down

However you first learned about the food groups, they were likely broken down into a handful of categories. Before we review those categories, let’s take a look at why the common foods we eat are divided up.

All of the foods we eat, whether whole foods or unhealthy food, are made up of macronutrients, the key elements that our body converts into the energy we need to complete our daily activities. These three macronutrients are carbohydrates, fats, and proteins.

Because of the sweeping messaging we often find on social media and across the internet, you may have been exposed to certain stereotypes about the macronutrients. Previously, certain diet fads determined that fats were generally bad and should be avoided altogether in one’s diet. More than once, low-carb crazes have told dieters that virtually all carbohydrates need to be cut out of their eating.

The reality, though, is that a balanced diet actually involves a healthy balance of all 3 macronutrients, as well as incorporating important vitamins and minerals that help strengthen and regulate our bodies.

Food groups are broken down into distinct categories to represent the key nutrients they offer our bodies, and they help us make choices that balance the food we give our bodies to function each day.

In 1992, the United States Department of Agriculture introduced the idea of the Food Pyramid, which was used as the primary food group graphic across the US for nearly 20 years.

The Food Pyramid did not clearly define what constituted “one serving,” though, and it faced criticism for being heavily influenced by lobbyists and high-value food industries, rather than being most focused on which foods were whole foods and their health value.

In 2011, the MyPlate graphic became the new primary means of guidance for determining food groups and their presence in a healthy diet. Instead of the pyramid, MyPlate is circular, as its name suggests, and is divided into four parts for the food groups that should be represented in a balanced diet, with an additional circle for one additional food group.

Now, MyPlate is looked at as the primary graphical representation of the breakdown of whole foods in the diet. Because the plate is a common tool people actually use in the United States to serve meals, it gives a more vivid, almost three-dimensional picture of how different types of food should make up a proportion of one’s diet. MyPlate is thought to be more practically helpful in daily life than the Food Pyramid was.

What are the healthy food groups?

Now that we’ve discussed the why and how of the food group categories, let’s discuss what they actually are and some of the key nutrients they provide.

Grains are foods that are high in carbohydrates, made from cereal grains such as wheat, rice or oats. Some examples include bread, pasta, rice, and breakfast cereals. On the MyPlate diagram, grains are one of the fourths of the plate’s surface, though slightly larger than the others, so they should make up over a quarter of the food consumed during mealtimes.

It’s important to note that not all grains are good grains. There are plenty of refined grains, that are more processed foods and are higher in sugar. However, whole grains such as brown rice or whole grain bread, are more nutritious and provide a source of fiber in the diet, keeping you fuller for longer. At least half of the servings of grains consumed should be whole grains.

The high-protein food group is made up of foods that the body needs to build and repair muscles, such as meat, eggs, seeds and nuts, and soy. The MyPlate displays Protein as one of the quarter-sections but slightly smaller than 25%.

Protein is critical to one’s diet, so it’s important to consume foods like chicken that are lean and high in protein, or, if practicing a vegan or vegetarian lifestyle, sources of soy protein like nuts and seeds, beans, or tofu. Keep in mind, though, that red meats like beef are high in protein but increase the risk of some negative health effects like heart disease and cancer. These foods should be consumed in moderation.

Most of us know that we should eat our vegetables. They’re the food group many parents have been reminding their children to eat before leaving the table for decades. Made up primarily of carbohydrates and some protein, vegetables are most important because they are rich with vitamins and minerals. They are also typically high in fiber, which helps us digest and promotes healthy colon function.

Vegetables, such as broccoli, spinach, celery, and carrots, make up about a quarter of the MyPlate illustration, though slightly larger than 25%, like grains. When not overly processed and prepared in a healthy way such as baking, boiling, or sauteing, vegetables are whole foods that you should be incorporating throughout your diet.

Like vegetables, fruits are a natural and whole food, and they offer plenty of vitamins, minerals, and fiber to our diets. Though fruits are higher in sugar than vegetables, the sugar in raw fruit is natural and much healthier than the kind of processed sugars found in candy and other sweets.

Fruits make up slightly less than one quarter of the MyPlate diagram, and should be incorporated throughout your daily food intake. Berries like blueberries, strawberries and raspberries are high in vitamins and antioxidants, and fruits like oranges, apples, grapes and bananas can be enjoyed on the go as a healthy snack.

Packed with calcium and offering protein, dairy is a food group that is not to be forgotten. We mentioned earlier that the MyPlate diagram features an additional, smaller circle beside the plate graphic, which represents dairy such as milk, cheese or yogurt.

For vegans who do not consume animal products of any kind, dairy products are off-limits, so they may need to supplement their protein in other ways like in beans or lentils, nuts, alternative sprouted grains or oats, alternative milks like almond milk and oat milk, or soy-based products like soymilk and soy yogurt. Vegans should also pay attention to their calcium intake, as this important mineral keeps bones strong. Luckily, many higher-protein vegan-friendly foods are a good source of calcium, too.

If you remember the small fats and oils food group at the very top of the Food Pyramid, you may notice that the MyPlate graphic does not represent this food group. As did the Food Pyramid, the MyPlate nutrition guidance recommends sparingly consuming fats, oils and sweets. Fats and oils like candy or chips should be consumed in moderation and should not take up more of your diet than the whole foods we’ve discussed here.

As we discussed earlier, diet fads will come and go.

(One easy way to sniff out a fad? Huge and temporary spikes in popularity; celebrity endorsements; and strict rules or programs.)

However, the elements of natural, whole foods won’t change. And the need for a variety of macronutrients, as well as vitamins and minerals, won’t go away because the needs of our bodies won’t change either.

Painting the food groups with broad strokes to say that all carbs are bad or all protein sources are good may help with rapid weight loss or strength building. But this perspective won’t help with creating a manageable, sustainable nutrition strategy. Even though the graphic and guidance used to explain the food groups has changed over time, it’s important to note that the best practice of eating a variety of whole foods has not.

Rather than just eating a salad when you want to “be healthy,” incorporate a variety of nutrient groups into your meals by combining grains, protein sources, and fruits and vegetables. This is where a truly balanced approach to your diet will come from.

You may have heard the nutrition advice to “eat the rainbow” before. Besides the fact that fruits and vegetables represent many colors across the spectrum (from red tomatoes to purple grapes), this is a helpful maxim to point yourself back to healthy, whole foods. If you’ve recently had an unhealthful meal of only fried foods, think back to the colors represented: brown chicken tenders and lighter brown French fries. Neither of these are whole foods or colorful. But balanced meals made up of food groups like fruits and vegetables, along with protein and grains, should be made up of 3 or more colors and will offer even more nutrient groups.

The practical nature of the food groups can also help individuals recovering from eating disorders to tangibly reshape a healthy framework toward food. Whatever your history with dieting or nutrition, each day is a new opportunity to work toward a balanced diet that fuels, energizes and supports your body, rather than causing you to feel shame or fear around food.

When you reframe food positively as energy and learn to seek out the nutrients your body needs, the food groups can be a helpful guide that builds up your health in mind and body.

Top Vegan Protein Sources and Recipes to Keep You Strong

How Cross-Training Workouts Can Help You Mix Up Your Routine 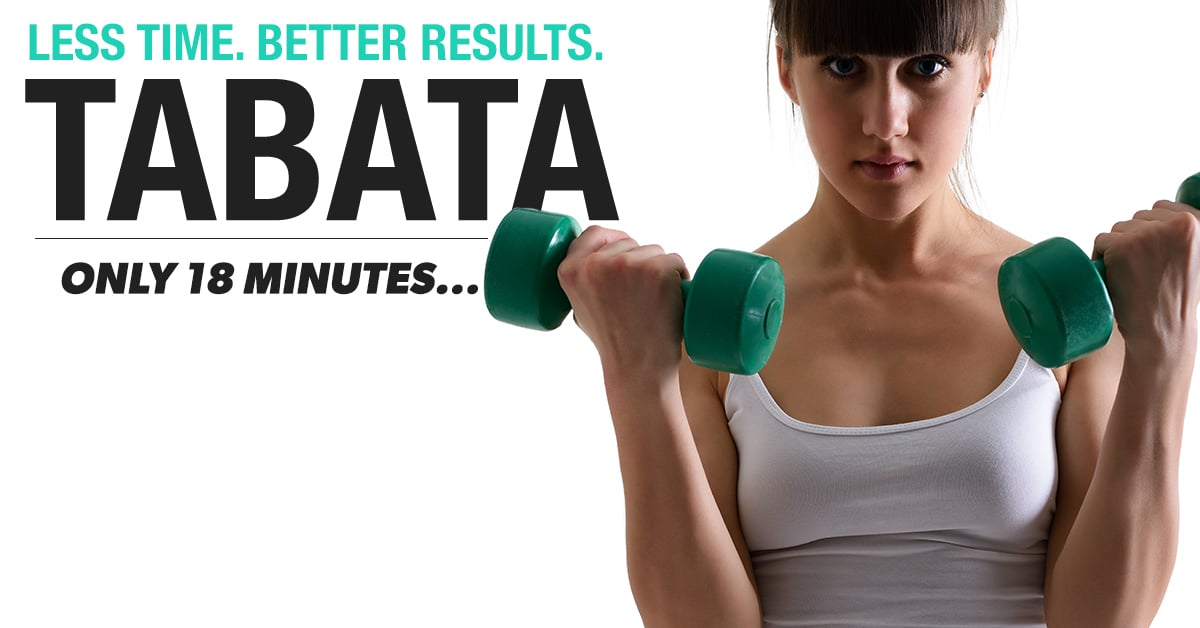 Read More
FFitness + Workouts
This is an advanced tabata blast! You will need a smaller set of dumbbells – say, 3 pounds.…

Read More
FFitness + Workouts
Strong toned legs are amazing. Not only do they look good, they enable you to perform better. Upping… 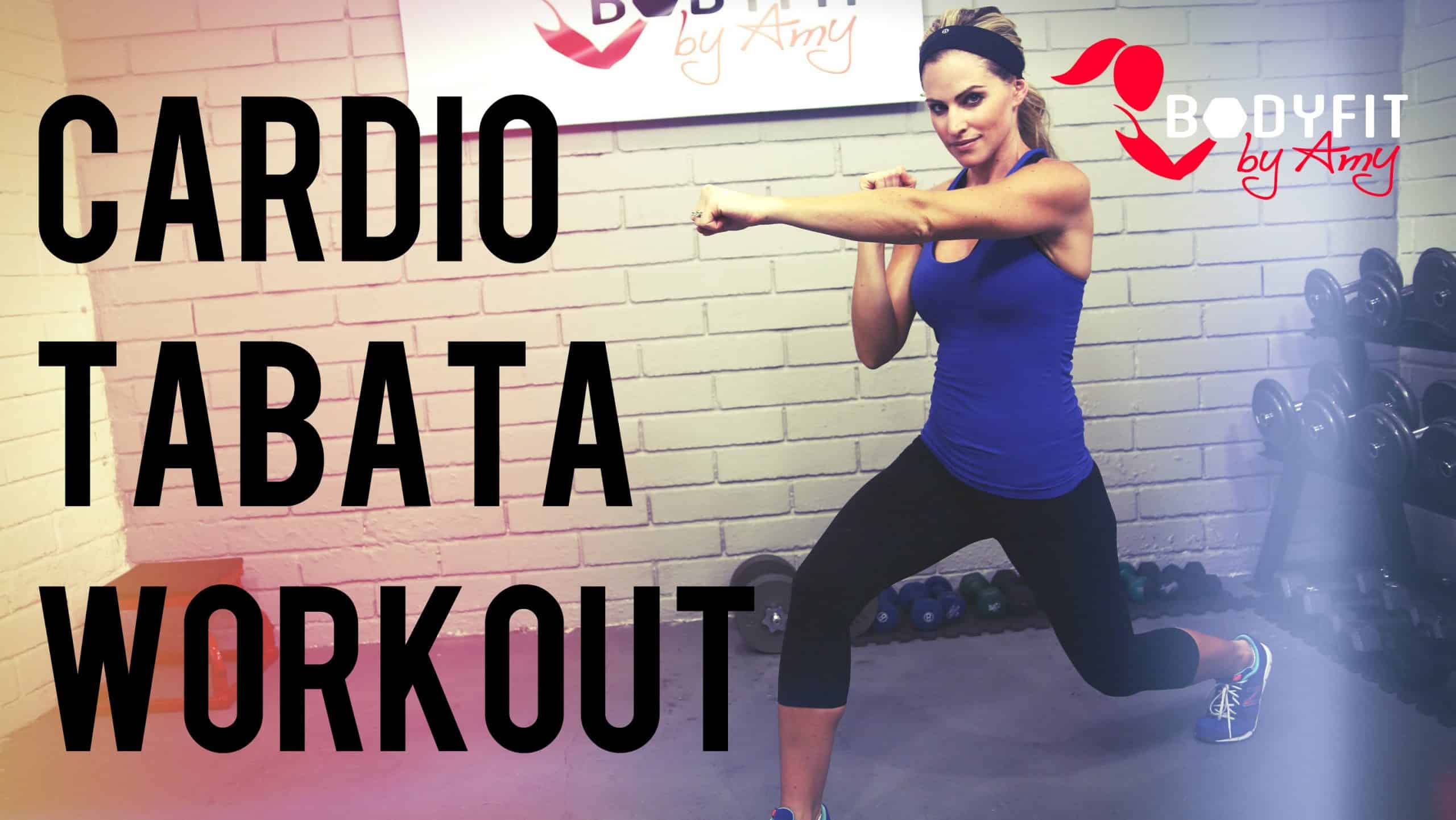 Read More
FFitness + Workouts
Your shoulders are one of the most important muscles in the upper body, especially for achieving that slender,… 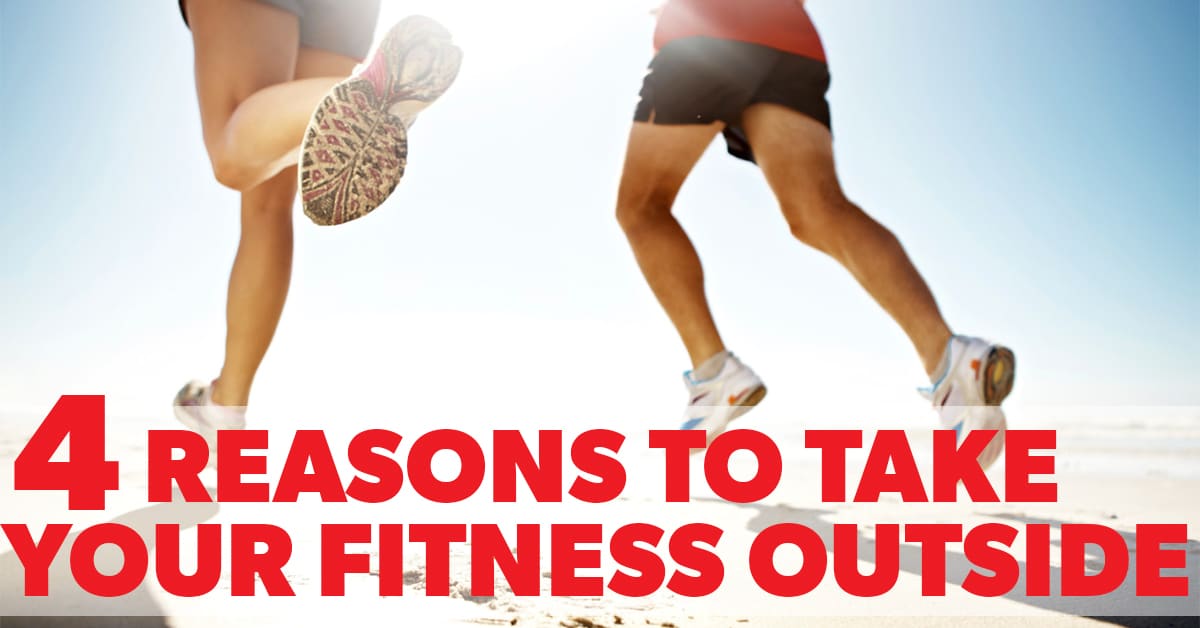 Read More
FFitness + Workouts
I always forget how great it is to get my workout in outside. Funny you think since I… 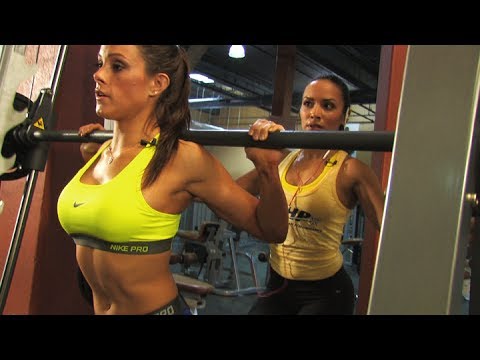 Read More
FFitness + Workouts
This is a really intense workout for the glutes and hams (butt and thighs!) that takes traditional weightlifting…